Automater is a URL/Domain, IP Address, and Md5 Hash OSINT tool aimed at making the analysis process easier for intrusion Analysts. Given a target (URL, IP, or HASH) or a file full of targets Automater will return relevant results from sources like the following: IPvoid.com, Robtex.com, Fortiguard.com, unshorten.me, Urlvoid.com, Labs.alienvault.com, ThreatExpert, VxVault, and VirusTotal.

Installation:
Automater comes in two  flavors, python script that will work for Linux or Windows, and an exe for Windows.

Windows: The Windows client is currently in development. In the meantime the python code will work on Windows with a python 2.7 install

Linux:
As this is a python script you will need to ensure you have the correct version of python, which for this script is python 2.7. I used mostly standard libraries, but just incase you don't have them, here are the libraries that are required: httplib2, re, sys, argparse, urllib, urllib2

With the python and the libraries out of the way, you can simply use git to clone the tekdefense code to your local machine.

If you don't have git installed you can simply download the script from https://github.com/1aN0rmus/TekDefense-Automater/archive/master.zip

Usage:
Once installed the usage is pretty much the same across Windows, Linux, and Kali.

or if you chmod +x Automater.py you can 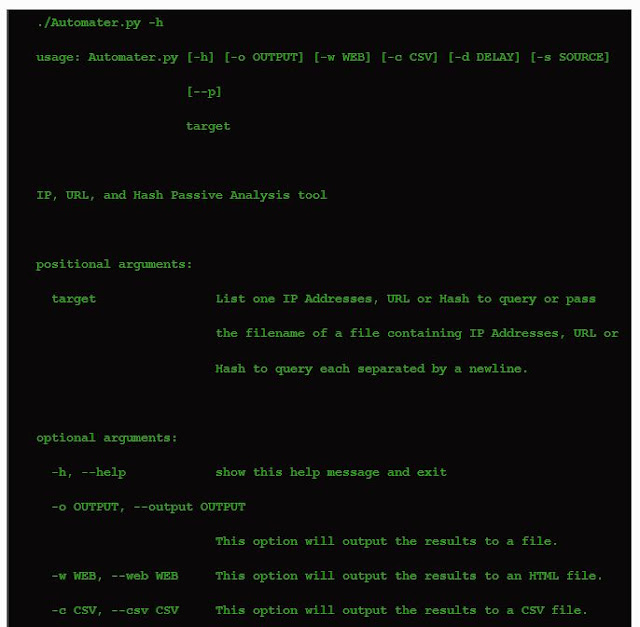 To run Automater against a target ip, hash, url, or file simply type 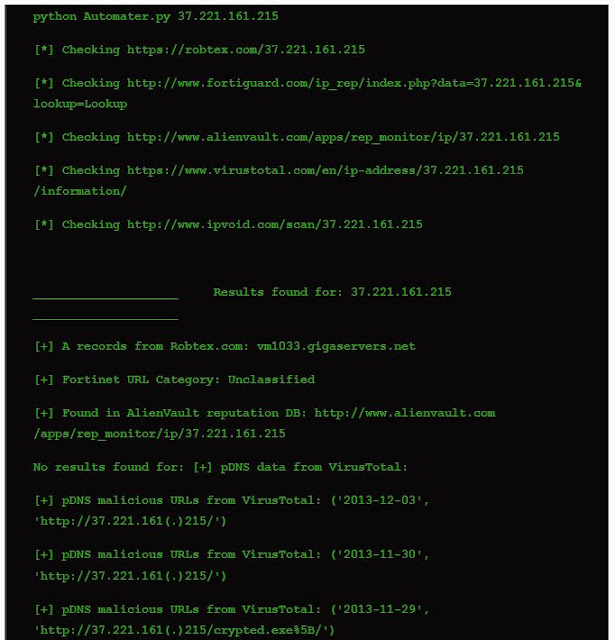 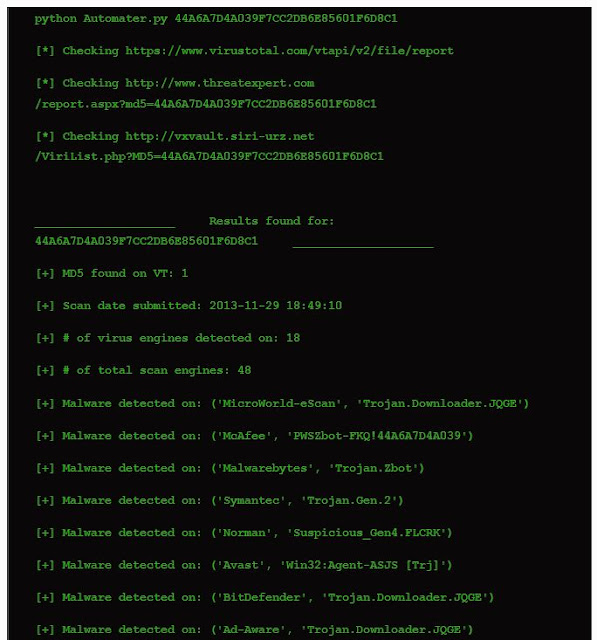 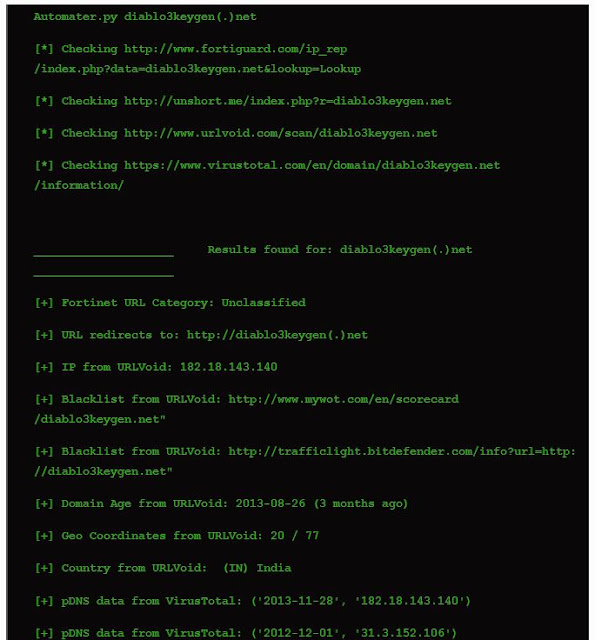 There are also new output methods. –o will output to a file in the same format that is printed to screen, -c will output a csv, and –w will output an html file 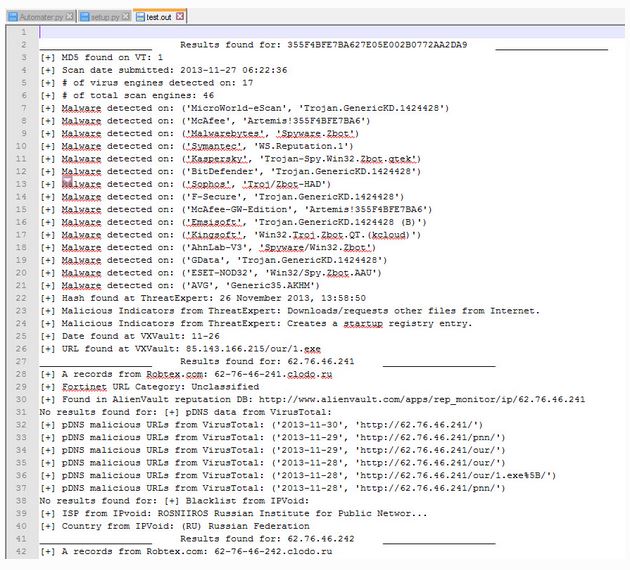 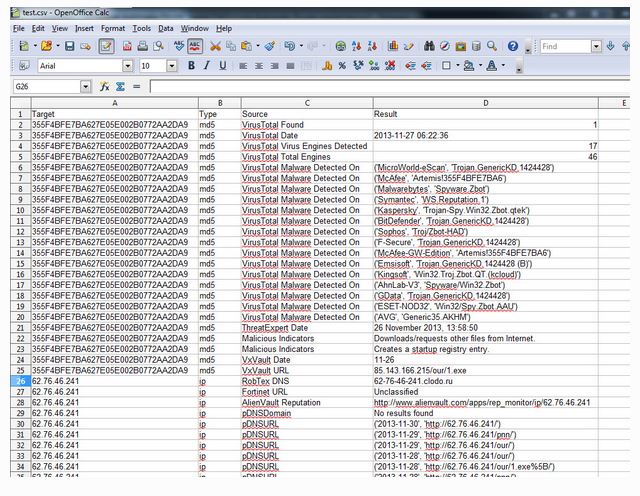